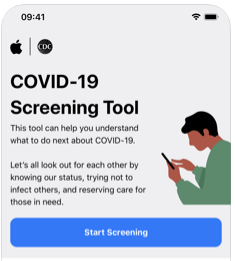 Since I returned home after a trip to Italy, the COVID19 panic here smacked me in the face. I thought things would calm down quickly because I knew the restrictions and shutdowns were an over-reaction and could not be sustained.

Why? Because there was no pandemic.

Many of the deaths in Italy, recorded as due to COVID19 were the result of other life-threatening conditions. People did not die of COVID19 but with COVID19.

COVID19 was not the sole cause of death but virtually everyone I spoke to, with few exceptions, disagreed with me and some were positively hostile, saying we would have these restrictions well up to the end of the year. And leader Dan in the People’s Republic of Victoria has even given himself supreme power in these matters — until September.

But two things have struck me:  people are enjoying this panic and clearly many believe everything that is said by politicians and their experts, what they hear on television and what is reported in the news media. Why?

That is the one thing I find most disturbing. Do people need an atmosphere of low-level anxiety to give meaning to their lives?  They seem to accept being patronised by our politicians and their swollen-headed lackeys and “health experts”.

The three pro-forma letters I have received from Tasmanian politicians in recent weeks all say that we all need to follow (must follow?)  the advice of health experts who are advising the Government. We are told to trust them when, as time will show, we are being misled if not lied to by people who haven’t a clue what is really happening nor how to deal with it. And what is happening isn’t really much, except that our country is being driven into the ground on many levels.

In the past two weeks I have been more specific and suggested to others the Government would announce that restrictions would be lifted on or around Mothers’ Day.  Why Mothers’ Day?  Because the politicians want to trade and capitalise on the warm and cuddly that float about at this time and hope it will be transferred to them. The reaction from others was “not a chance”.  As it turned out, I was right.

This has been the greatest hoax I have ever seen any government pull off and the manner of doing it has been breathtakingly high-handed, the recklessness costly, and socially staggering in its effect on employment.

What does all this tell us about Australian society? And will we ever get back what has been taken from us? The Stasi-like control freaks have effortlessly achieved more than even they thought possible. They have sat back while a Liberal Prime Minister has done what they were unable to achieve:  total control of the population.  They must be doubling over in laughter.

The Australian mentality has been invaded and occupied by an enemy more lethal than the thought police who have been harassing and bullying us for decades.

The politicians and the health experts tell us our society, and the way we have lived and worked up until the lockdown, will never be the same again.

That’s the only thing the dangerous boobies have got right.  And woe to us.