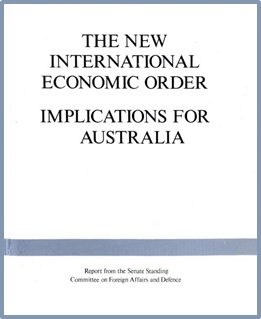 A Statement by Riccardo Bosi
Leader of Australia One Party

Many times since the creation of AUSTRALIAONE, I have claimed that every Australian government, which means every prime minister, every opposition leader as well as every Liberal, Labor and Green member of parliament and senator for the past 40 years has been complicit in the destruction of our country, reducing us from a sovereign, self-reliant and economically powerful people to a nation of slaves to foreign interests.

I have said this because in my opinion, the circumstantial evidence is overwhelming that professional politicians and bureaucrats have ruined our country and they are no longer worthy of our trust.

The good news is that I believe their time is coming to an end.

As a wise man once wrote long ago: ‘There is nothing hidden that will not be revealed,
nor anything that has been done in the dark that will not come to light’.

And because the hard evidence of their crimes is being found and shared.

You can read for yourself the “Report from Senate Standing Committee Report for Foreign Affairs and Defence on the New International Economic Order – Implications for Australia”.

This document is part of the mounting evidence that successive governments have known the cost to Australia as well as the final destination of the plans of many international organisations, such as the United Nations, to which our local, state and federal governments have unconstitutionally committed us.

And you can find it here:

Once enough good and decent Australians understand the implications of this and similar documents, we will be able to remove the professional politicians and bureaucrats from power by denying them our votes and our money, and we will finally be able to claw back our sovereignty, our liberty and our future.

Covid-19 exposes traitors who beg for your vote

Cash bill a fraud to prop up big banks