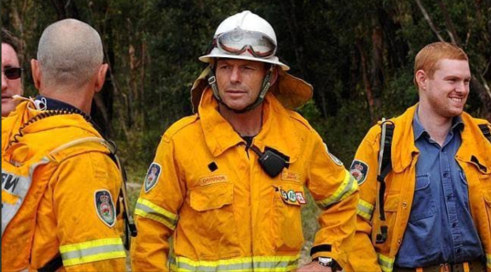 Media silence on the extraordinary community contribution being made by former Prime Minister Tony Abbott is deafening, according to Australia One leader Riccardo Bosi.

“Love him or hate him, Mr Abbott is prepared to risk his life for the country he loves, which is more than can be said for other federal and state politicians,” Mr Bosi said.

“As far as I am aware, One Nation leader Pauline Hanson is the only other political representative who has shown any true Aussie grit during the past few months of devastation that has fallen thoughout Australia.

“It is this kind of courageous selflessness and leading by example that Australia needs to save us from the ever-present threats of Chinese Communism, political Islam, Socialism, globalists and transnational corporate greed.”

Mr Bosi and Australia One congratulate Mr Abbott and the thousands of other volunteers and paid personnel who are contributing to the bush-fire effort.

You Do Not Negotiate With Evil

‘New normal’ is ‘same old’ for those who know our history